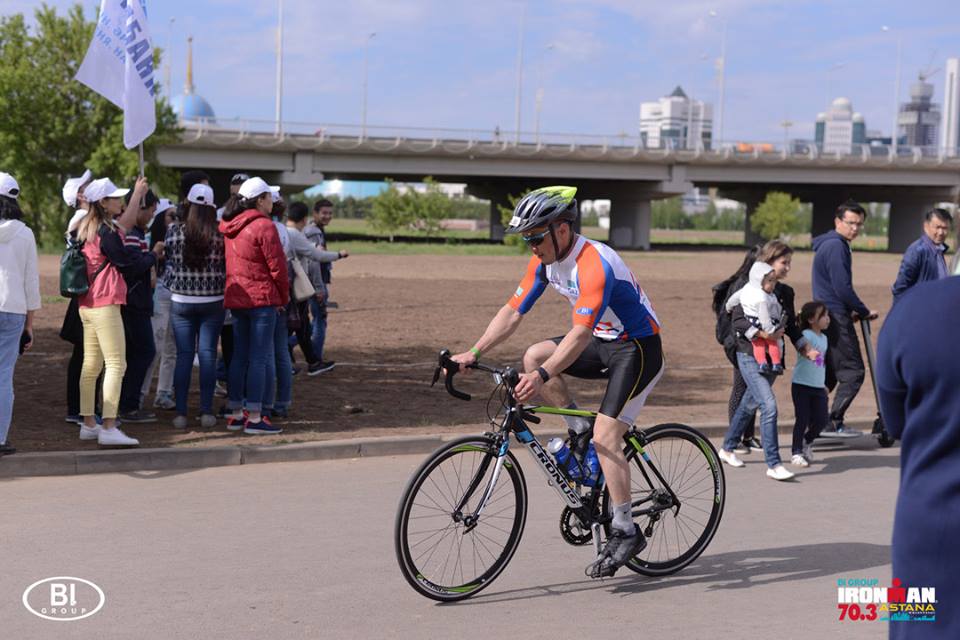 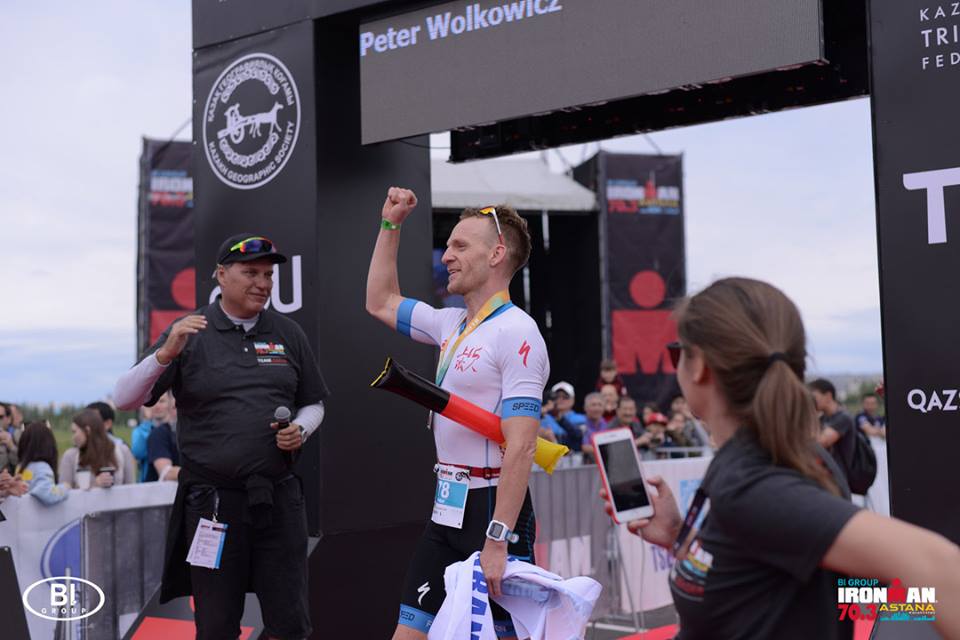 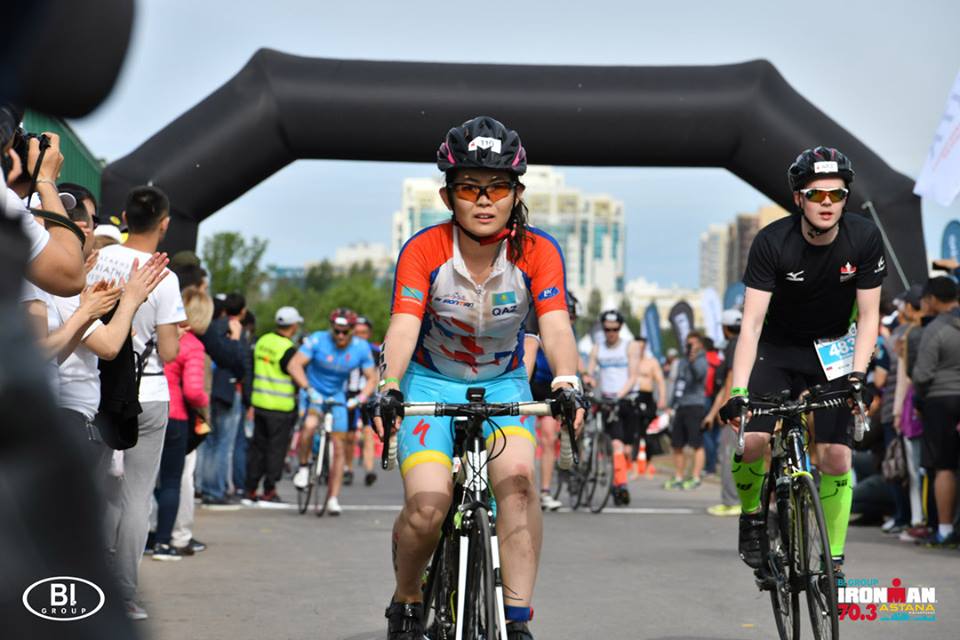 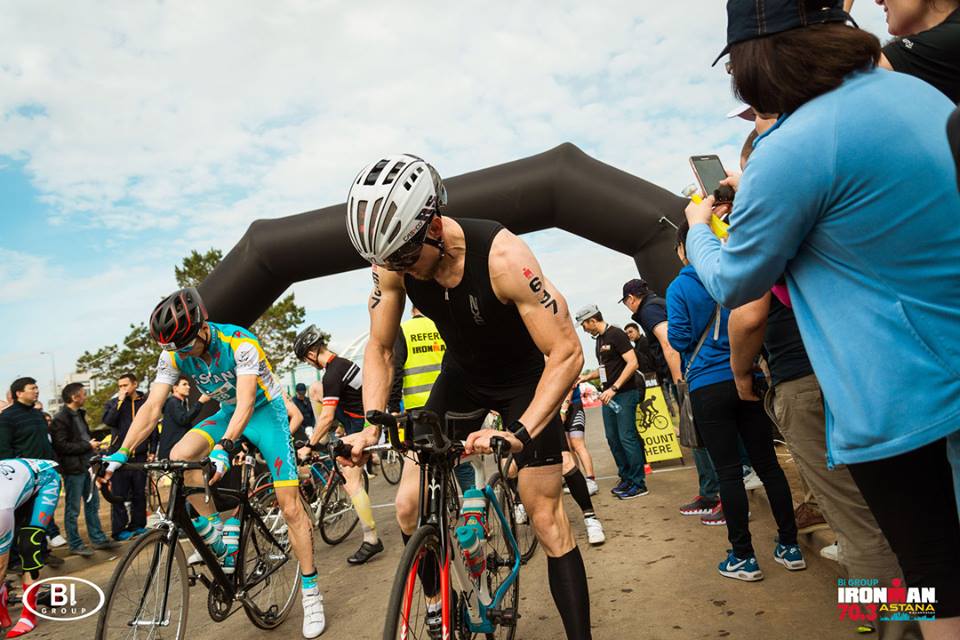 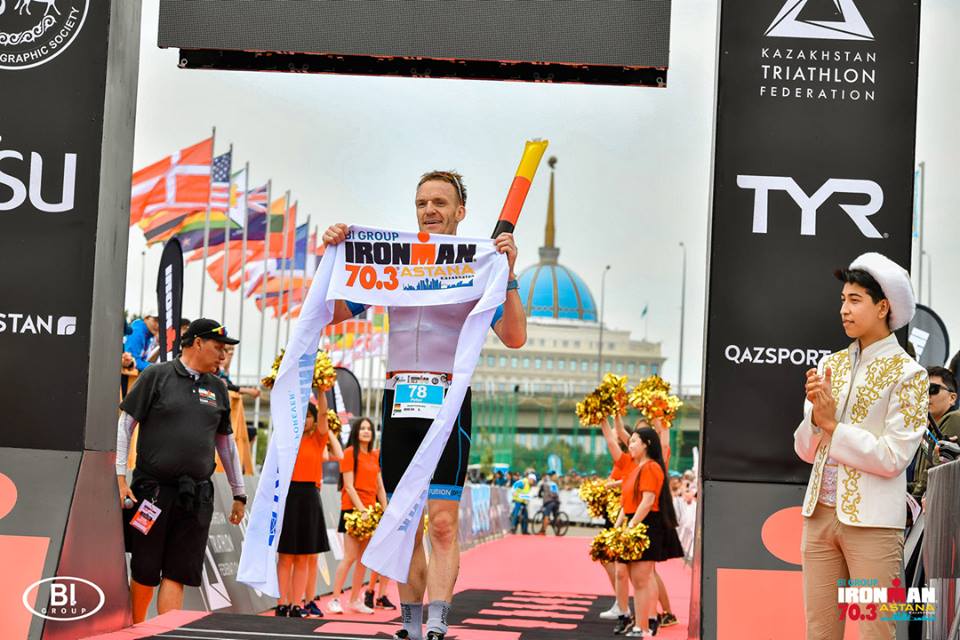 The world-famous international triathlon competition IRONMAN 70.3 Astana, one of the largest sport events in the capital, took place on June 17 in Astana Triathlon Park.

The world-famous international triathlon competition IRONMAN 70.3 Astana, one of the largest sport events in the capital, took place on June 17 in Astana Triathlon Park.

More than 1,300 professional and non-professional athletes from more than 40 countries started their competition at 8 o’clock in the morning on the Ishim River. Karim Massimov, the President of the Kazakhstan Triathlon Federation, greeted triathlon participants. After a difficult distance, which includes 1.9 km of swimming, 90 km of bicycle race and 21.1 km of running, the athletes reached the finish of IRONMAN 70.3 Astana and won the title of “Half IRONMAN”.

Bakhytzhan Sagintayev, Prime Minister of Kazakhstan, Karim Massimov, President of the Kazakhstan Triathlon Federation and Aidyn Rakhimbayev, KTF Vice President congratulated the first man and woman at the finish of the competition. It should be noted that the winners of each age category (from 18-69 years old) were announced at the official awards ceremony at the Palace of Independence after the end of the race. Each of them has the right to participate in the IRONMAN 70.3 World Championship in South Africa. The oldest participants were Lyudmila Voronova from Russia and Joseph Ong from Singapore.

Mixed teams (men and women) that showed the highest results: DOCTOR SPORT TEAM, FIZKULTURNIKI and SPORTELEMENT. The first Kazakhstanis at the finish were Maxim Mazur and Maria Kireyeva. Olympic champions Alexander Vinokurov and Serik Sapiyev showed second and third places among domestic male athletes. The holding of such a large-scale event was possible thanks to the active support of the Kazakhstan Triathlon Federation and partners of the competition. The competition BI GROUP IRONMAN 70.3 Astana 2018 is dedicated to the 20th anniversary of Astana and contributes to the promotion of the image of our capital in the international arena.