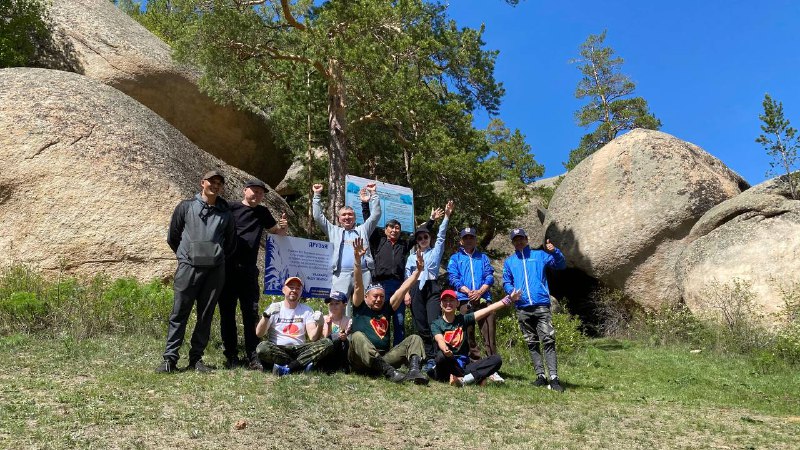 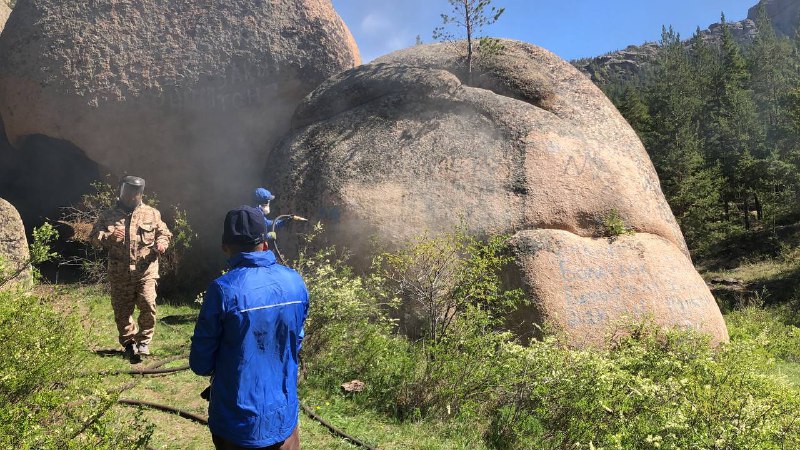 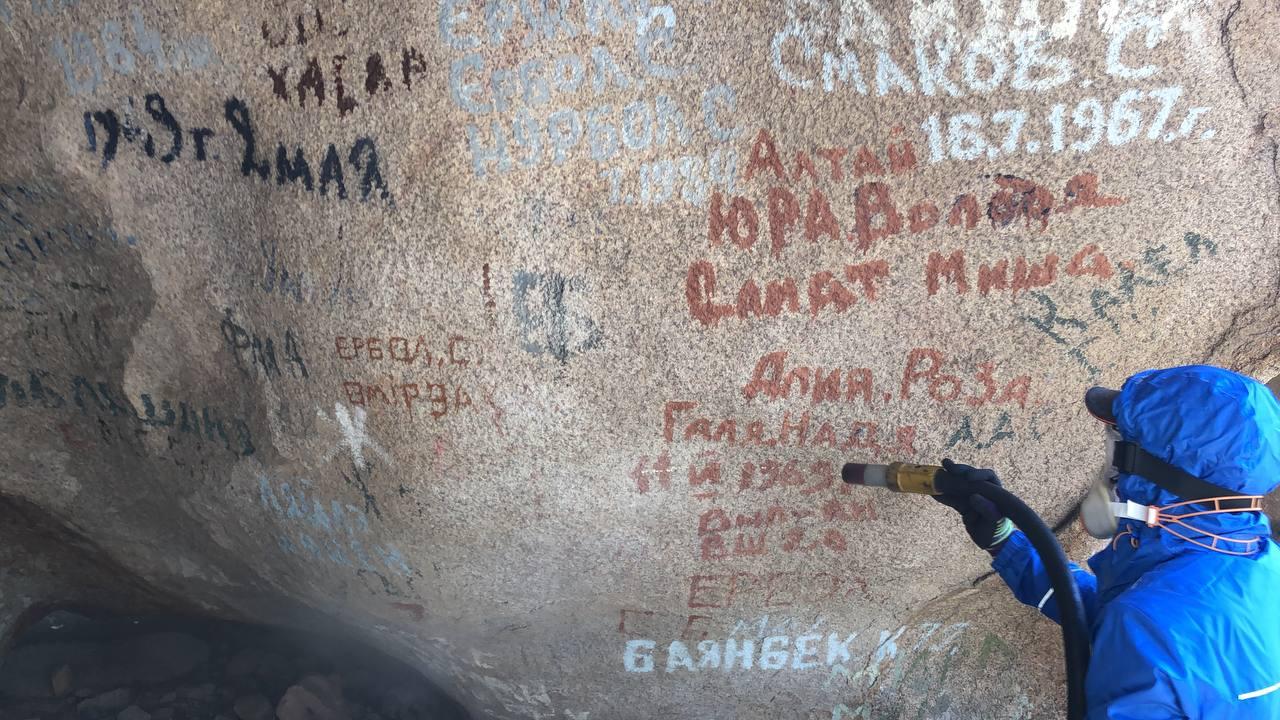 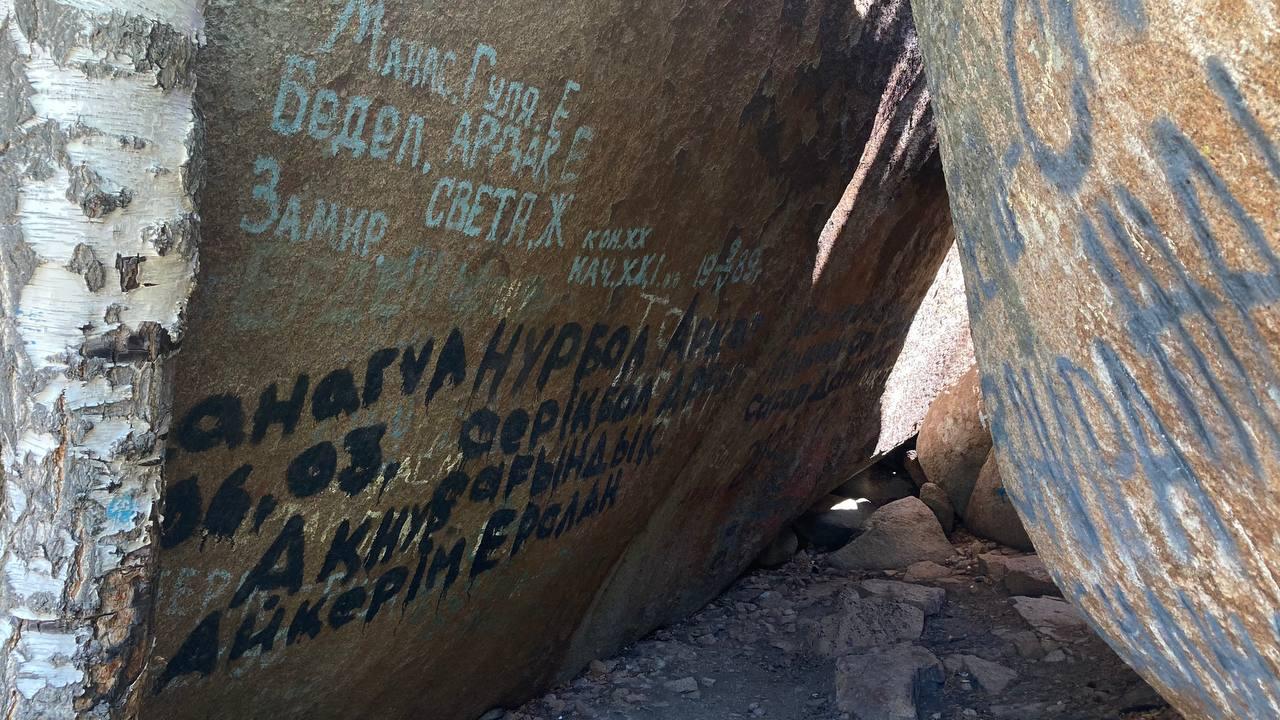 The BI Group company supported the action of the marathon runner Marat Zhylanbayev to clean the rocks in the Kent Mountains from the inscriptions of vandals.

Marat Zhylanbaev, the only person on the planet who has run the largest deserts alone, and whose name is inscribed in the Guinness Book of Records, says:

“I turned to my running friends from the Marathon club who would like to volunteer to go to the mountains 500 km from Astana at their own expense. Live for three days in tents and clean up rock graffiti of vandals and garbage in the vicinity. 7 people volunteered. Also contacted several companies. BI Group responded. Aydin Rakhimbaev allocated a team of 4 people on special vehicles with a powerful sandblasting machine, and another 620 kg of quartz sand to clean the surface."

For three days, a group of caring Astana residents cleared more than 500 m2. The stones were restored to their original appearance by grinding, laser and sandblasting machines. Among the group was an artist who painted over the stones with paints.

At the end of the eco-action, volunteers set up stands in tourist places with an appeal to protect nature and respect their native land.