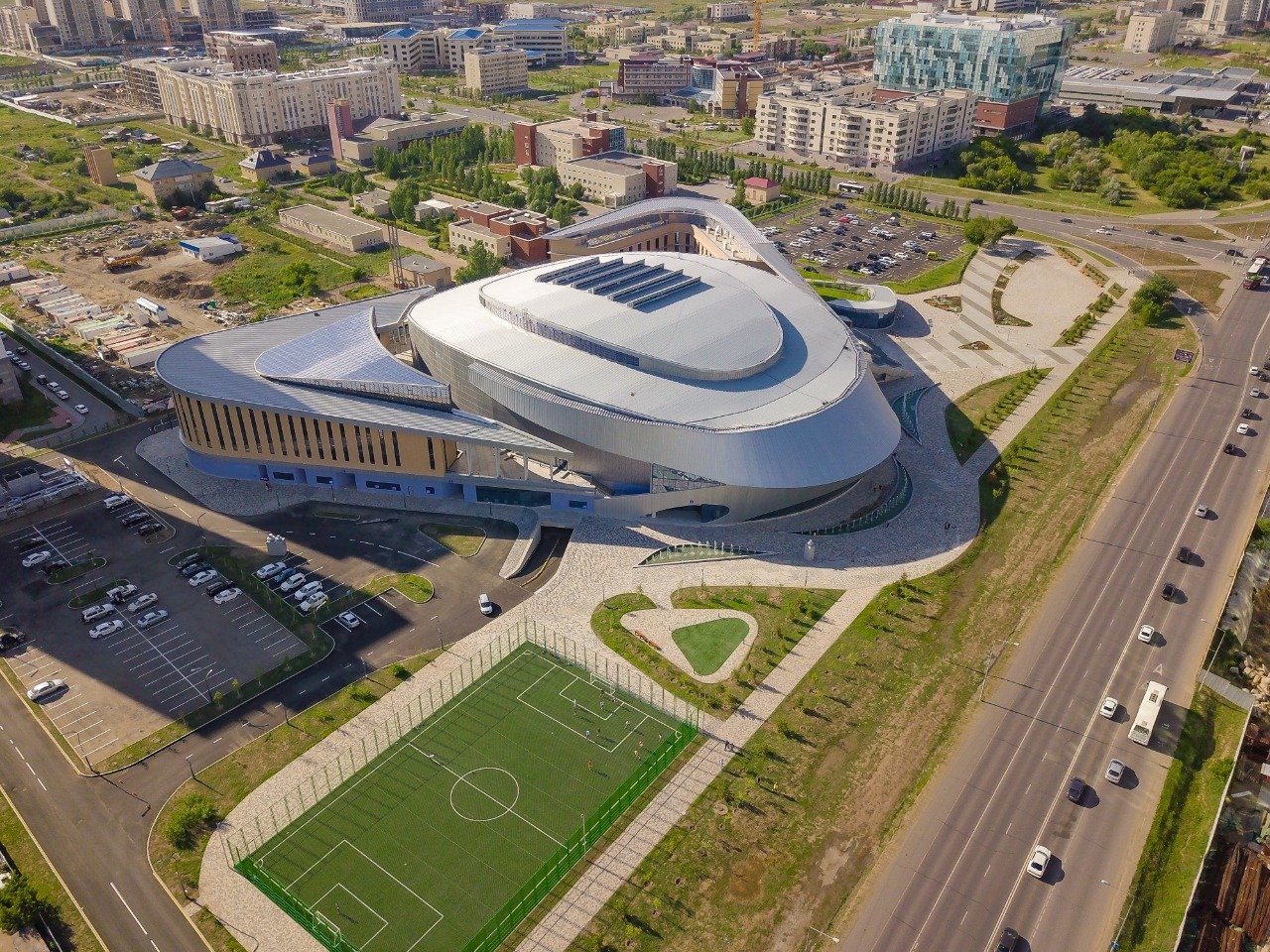 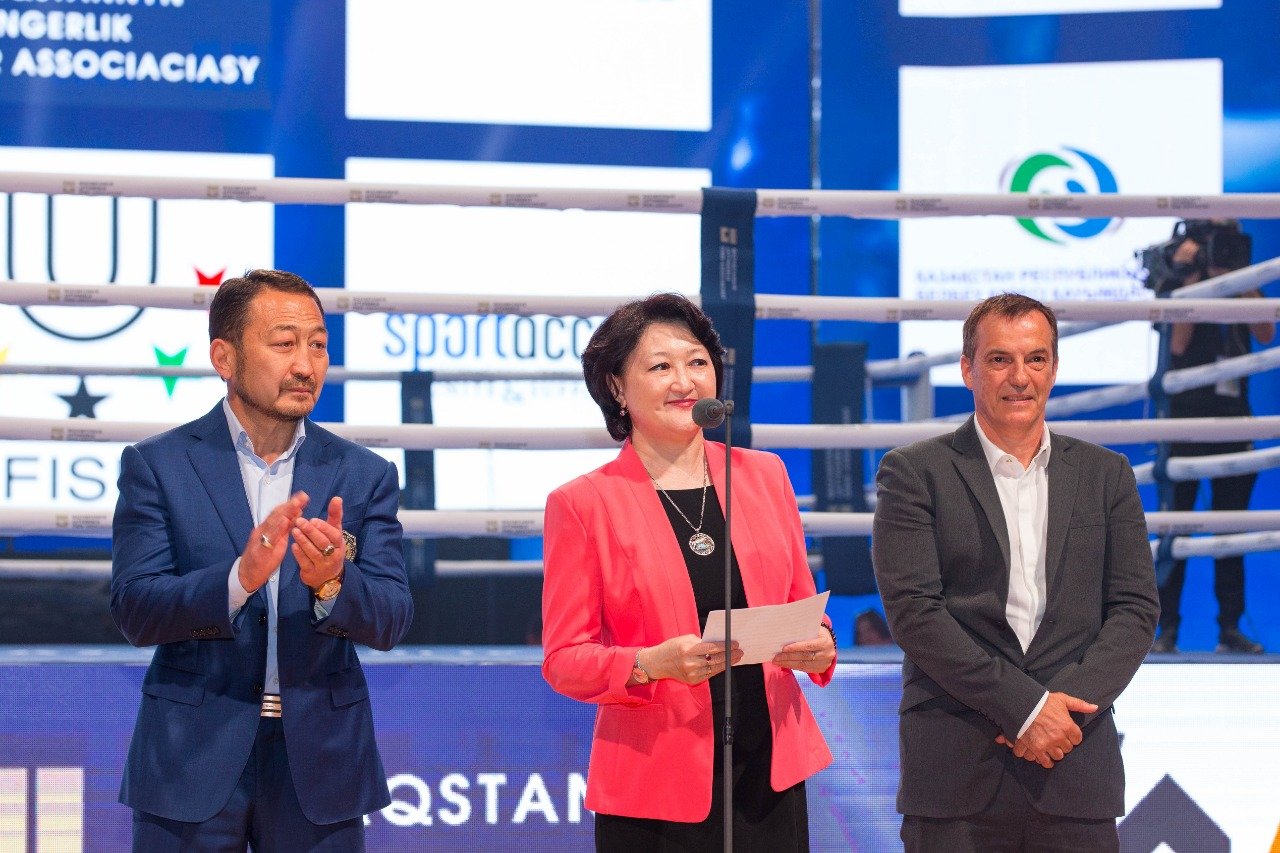 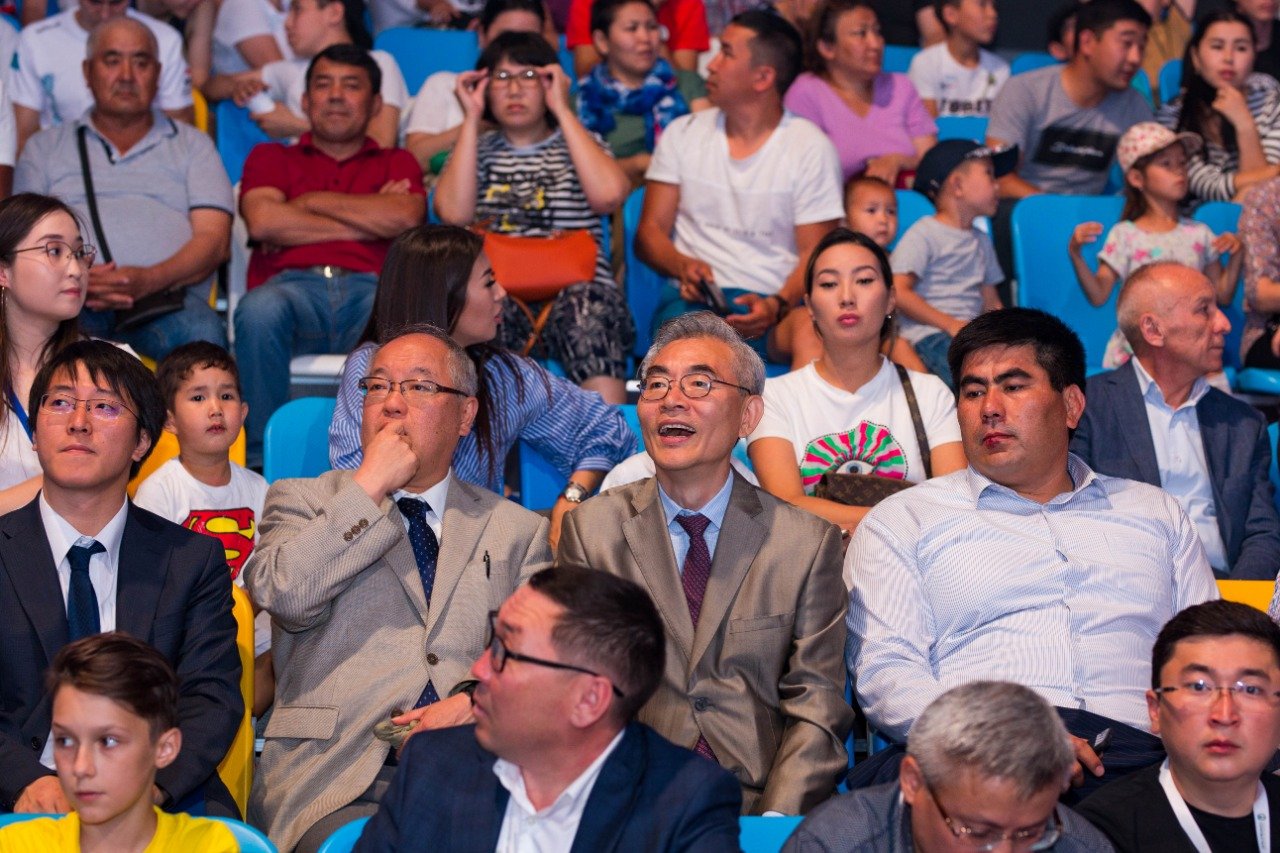 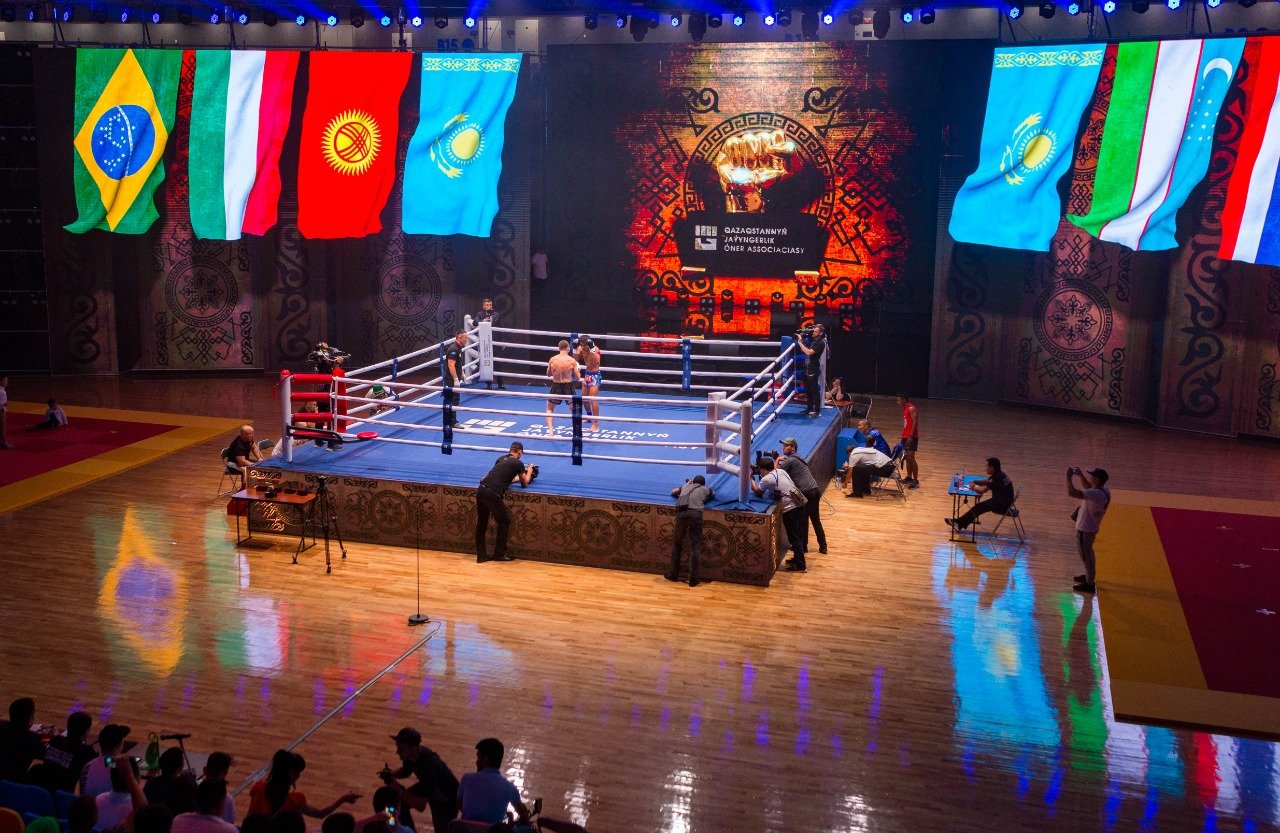 New multi-purpose arena got added to the list of futuristic buildings in the capital. Martial arts palace has opened its doors on the date of the Capital City Day in Nur-Sultan. The head of the state Kassym-Jomart Tokayev participated in the official opening ceremony.
Athletic facility at the intersection of Kabanbai-batyr avenue and Kerey and Zhanibek Khandar street has a triangular form and represents flying war eagle. Total area of arena is 32 thousand square meters. In the heart of the palace - multipurpose hall with spectator stands with a capacity of 5 thousand seats. Here are gonna take place international martial arts competitions - boxing, wrestling, judo, karate, taekwondo and, in addition, weightlifting. There are also area for the panel of judges, commentator booth and VIP-area. Project designers haven't forgotten about journalists. Media personnel is provided with press-center with 54 seats.
Health section includes a 25-meters long swimming pool with 4 lanes,a kids pool, SPA-center, and a gym. Basically everything an athlete needs. There is also hotel with 43 rooms, SPA-center, mini-football field, and a spacious parking lot.
Aktoty Raimkulova, Minister of Culture and Sport of the RK:
- One can say that sport became important economical and social direction. To support my argument - martial arts palace “Jekpe-Jek” opens its doors today and was built by the order of Yelbasy Nursultan Nazarbayev. Congratulations on this occasion.
Palace hosts variety of classes for fans of all ages. Construction of modern sports arena was carried out by BI Group company with team of 1 thousand construction workers.