Menu
Strawberries were planted in the center of Astana

Strawberries were planted in the center of Astana ⠀
⠀
Today the presentation of the avenue of Premiere Residential
Complex was held in the capital. Its uniqueness is that it was built by
the project developer. Previously, private companies were
landscaping only the courtyards, when squares, alleys, parks were
built under the akimat’s work.⠀ 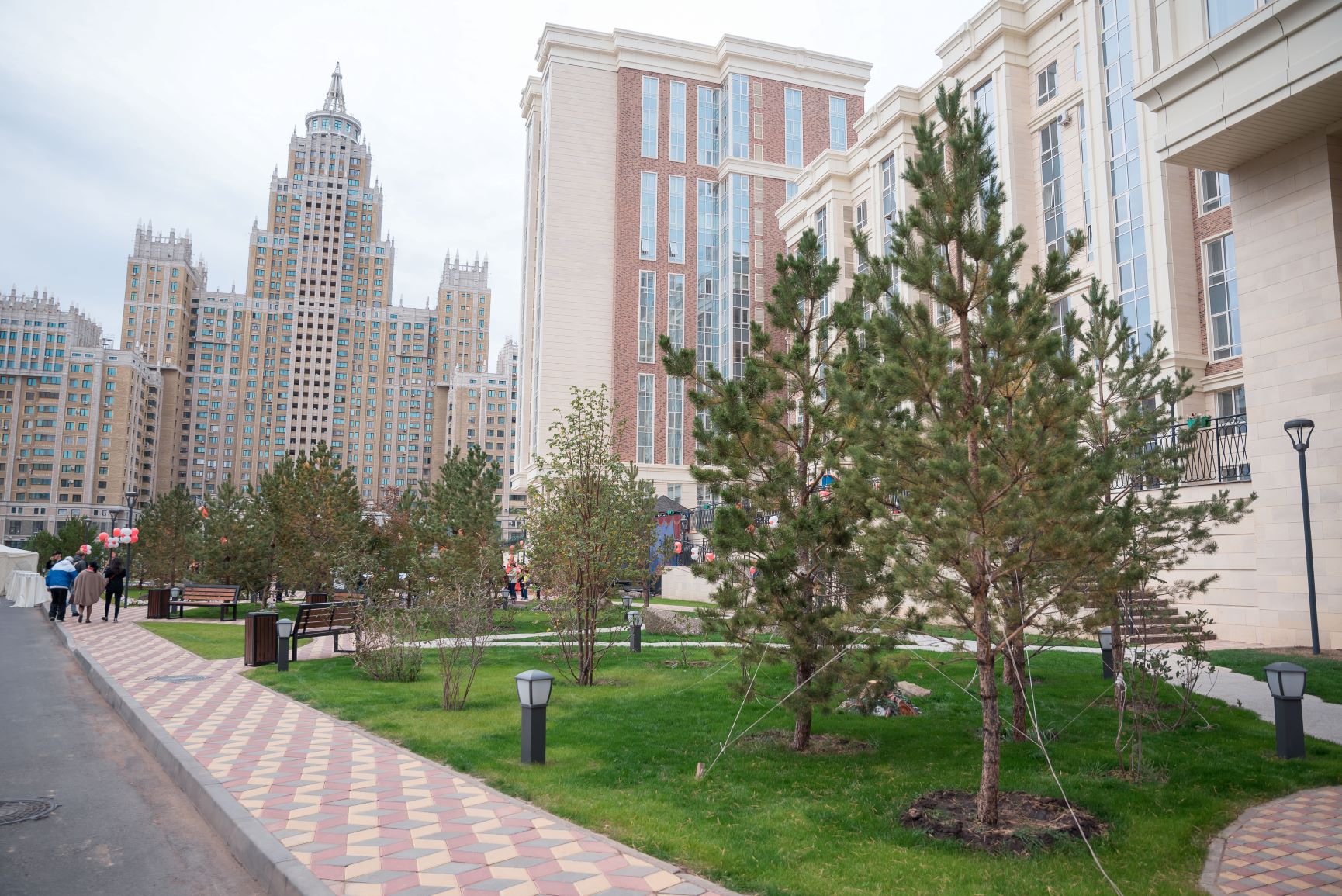 The Premiere Residential Complex is one of the most beautiful
among the houses of our company. The American neoclassic, German
flemish brick and other elements of the facade will impress everyone,
as well as a convenient location on Kabanbay-Batyr Avenue. Each of
the six houses of the complex has its own landscaped courtyard, and
the company decided to make another alley. 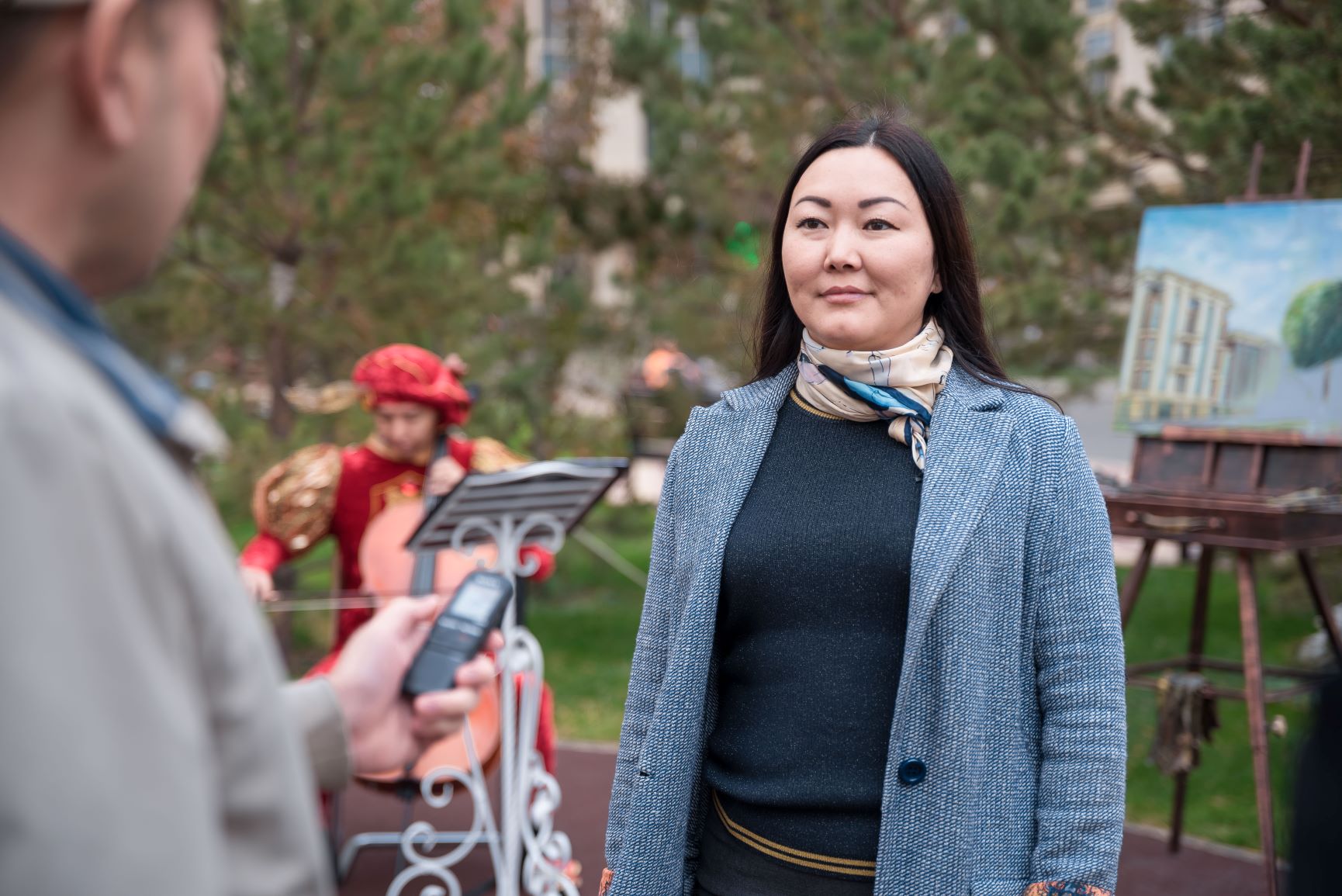 — There are more than 300 seedlings. We have planted pipe trees, but
when the weather changes, we will plant deciduous trees. I want to
note that this year we have planted strawberries. So that our residents
will be able to enjoy it next year, - says Gulmira Shaykhistanova, the
Director of the Luxury Concierge Astana. 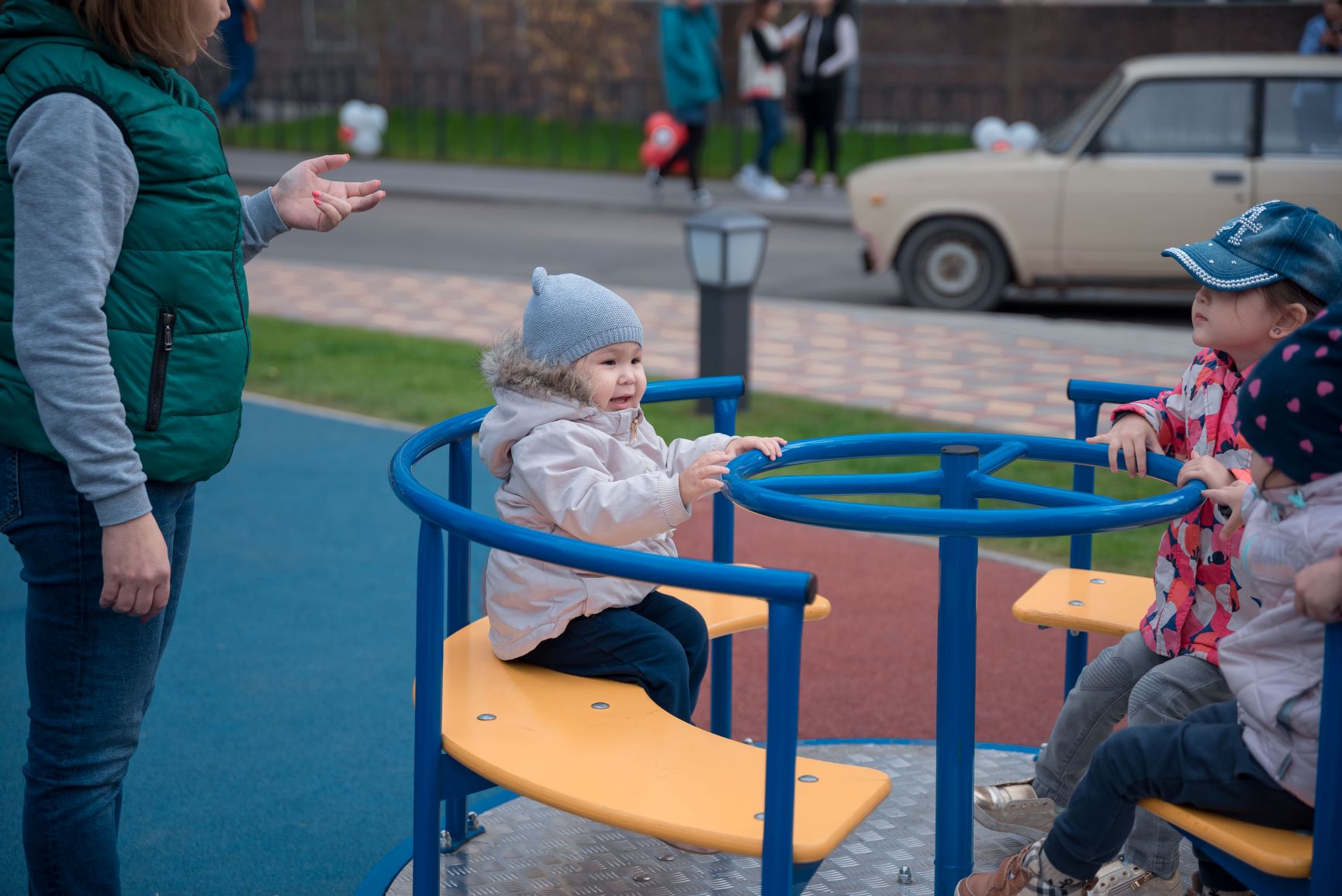 The highlight of the alley is beautiful art objects and animal
compositions, and its functionality. There are zones designed for
children of different ages, a football field, outdoor exercise
equipment, and so on. 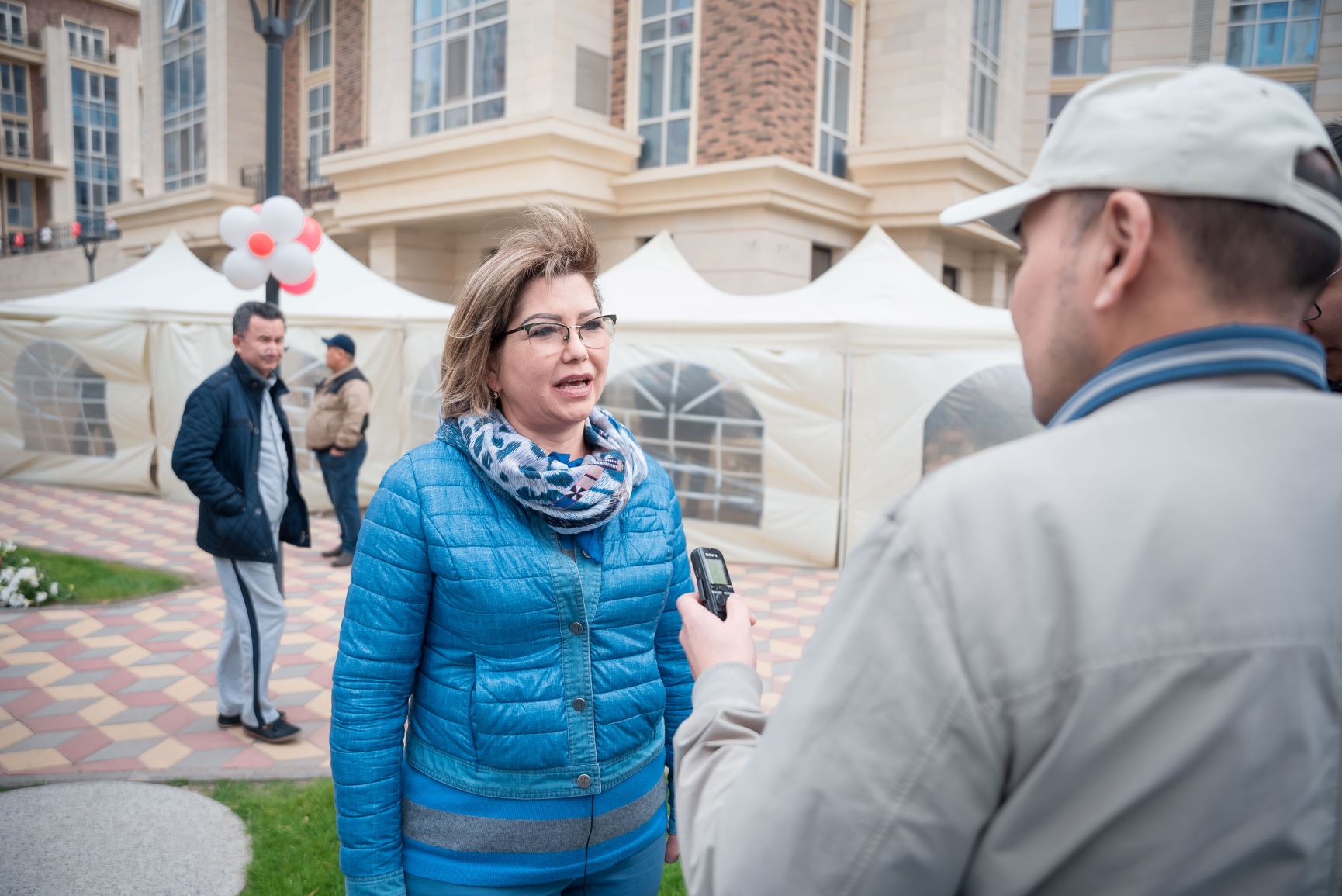 Yeset Utegulovich:
— As an architect, I want to say that this complex is beautiful
and made with high quality.
It is good that we have an alley that will bring people together.
⠀
⠀

Lyudmila: ⠀
— I am from Almaty, the most beautiful city in the country, but I
want to admit that Astana has exceeded my expectations.
Houses and yards of your company are very comfortable, we
did not have such. I was pleasantly surprised by the level of
service, when everything is solved by one call. And even carts
are provided in the parking, so that the person does not carry
heavy bags, but could take them to the apartment. This
demonstrates concern for the customers. ⠀
⠀
Amangeldy Omarov, Chairman of the Board of the BI Group
Holding, congratulated the residents on the “final point” of the
project. He promised that the alley would be accessible to all citizens.
- We have received offers to close all the space with a fence. ⠀
However, it would be unfair to the owners of offices, which are the
same customers as you. In addition, there is a policy of openness and
accessibility pursued by the city. Nevertheless, your yards will be
closed, - he noted in his speech.⠀
⠀
By the way, now residents of the Premiere residential complex have
their own scene. Its absence was felt during various celebrations.
Hopefully, with the completion of the alley 700 families of the
Premiere will spend more time together and with the support of
Luxury Concierge Astana will make their complex even better. 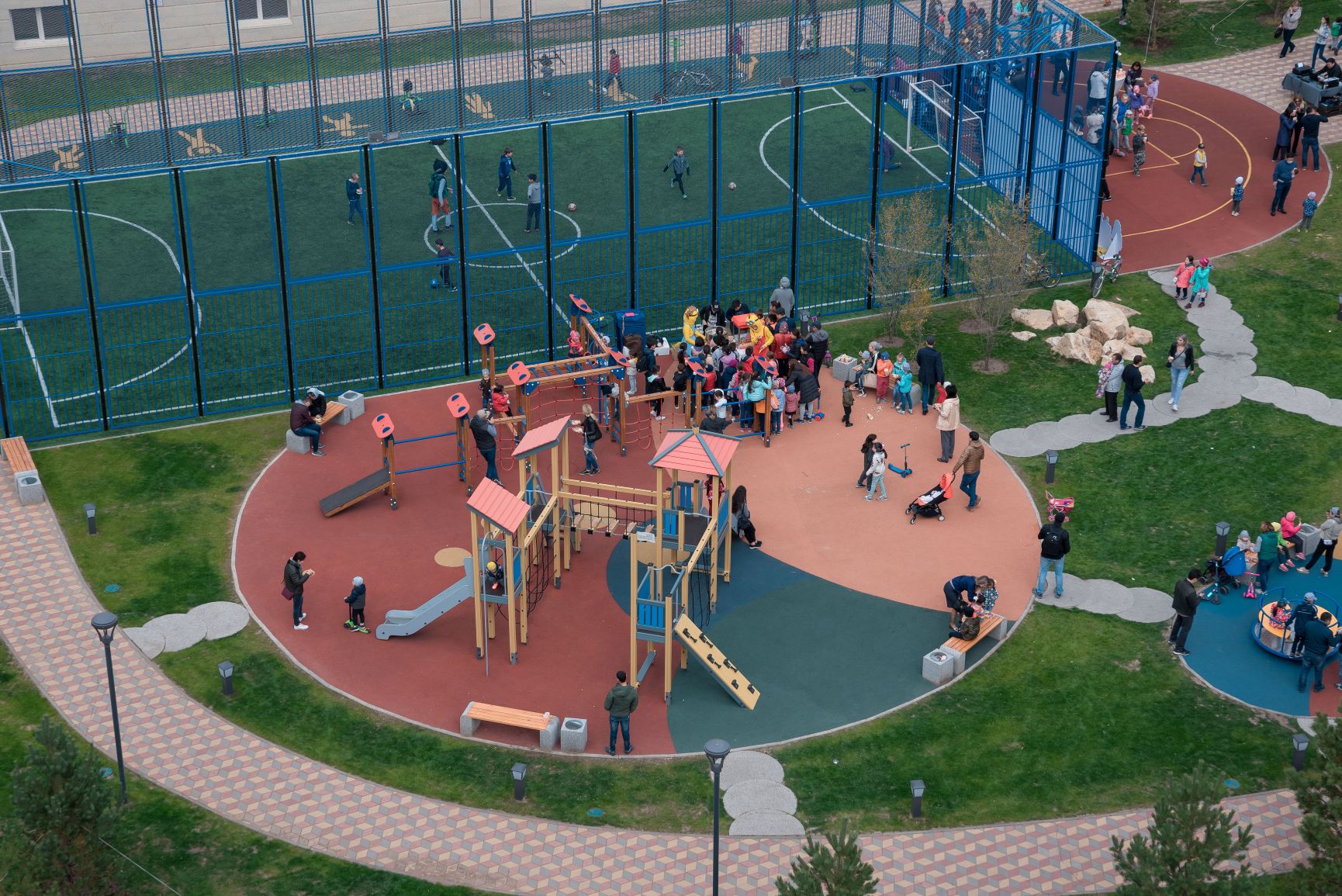